A fire that went on burning for over a week, and over 1200 acres of valuable northern Kenya forest burn’t… this is Matthews peak on fire…  We were luckily about 20 kms away from it on safari but we all felt awfall, as we watched it with sadness as it gobbled this beautiful land mark in Northern Kenya..

Two fires were lit on the same morning.. 7th march.. 17.. one match, or one persons carelessness and with in minutes this was the scene.. 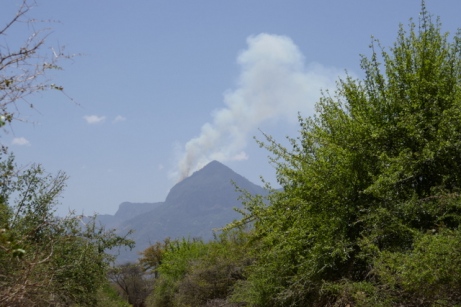 This was just behind Matthews peak,

Then this… and this down in the valley of Sietin.. sickening..

It felt like it was the conservation version of ‘9/11’.. A disaster of huge proportion, for this mountain and its surroundings.. Especially as we are grappeling with a very horrible drought that does not seem to be showing any sign of ending.. 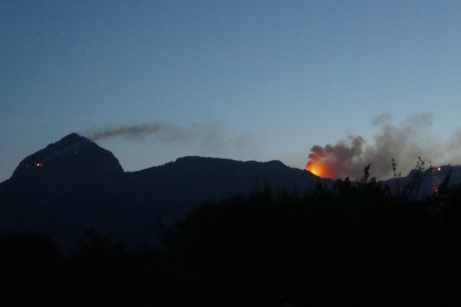 in the night .. the fires rages on.. I can still hear the comments of the good people who were on safari… Why, what will they achieve, who, and so on.. OF COURSE i had no answers.. 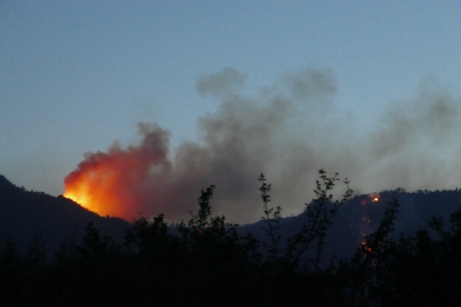 the whole of Matthews peak burn’t during the night… We watched with sadness as the flames came tumbeling down off the mountain and started burning below..

and still burning the next morning.. and it carried on burning for the next week.. 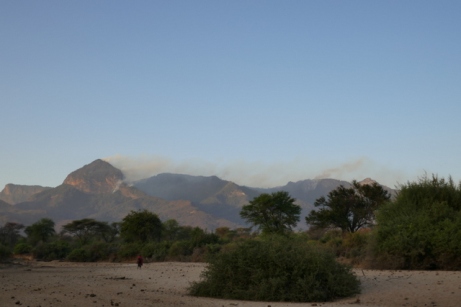 Both fires the next day…

then luckily we left for a safari so did not have to watch it carry on for 5 more days.. but just to give you another angle on the scale of it!..

This picture was taken a couple of weeks earlier, from North of the famous Ilgwe pass ( at least in Maa speaking people’s history!) The whole of the valley in the cloud shadow and the peak were burn’t.  Imagine 1200 acres of this valuable forest.. .

and this is what will have been lost… Beautiful untouched, unspoilt forest.. 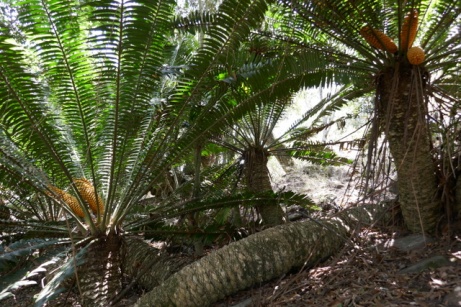 Cycads.. endemic in this beautiful forest

the forest is extremely dry at the moment anyway.. 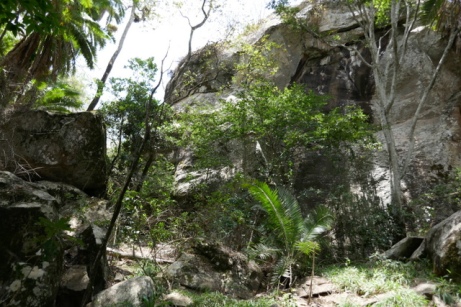 Such a special forest, with amazing rocks, incredibly rare trees and plants..

The Lenkiyou range (Matthews on most maps!.. Named by the first white man to make it to Mbaso.. which he named Lake Rudolf, now known as lake Turkana)  is they most exquisite mountain with even a Seychelles ‘ lookalike’  in places.. 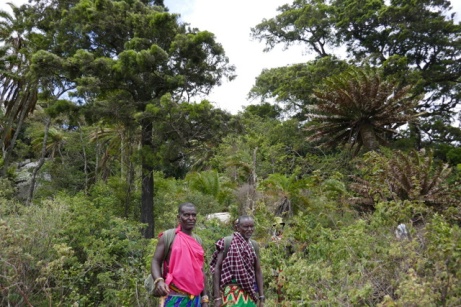 also think of the animals, the birds, the insects, lizards etc etc.. a million and one special species, either asficsiated or burn’t, not much chance to run away as its such steep country….

Elephants will have really been frightened.. absolutely no where to run, except infront of a raging blaze that was chasing them up the mountain.. i do hope none burnt..  I know one was found dead very close to the fires but it was not burn’t..  Heart attack????

And the prize of these Mountains the beautifull De-brazza monkey, they live in the lower valleys on the slopes… they would have had no chance to get out of the way of the second fire.. it went up the mountain so quickly..

our fragile and very rare colobus monkey up in the high forest.. i hope there were none on the peak as there is no way off except where the fire came from..

These most special klipspringers

Fragile water, of which there is very little at the moment.. covered in some amazing weed, Natures way of stopping evaporation ………., with this moth/butterfly  using it as a platform to land on for a drink!

These beautiful places on earth need to be saved.. 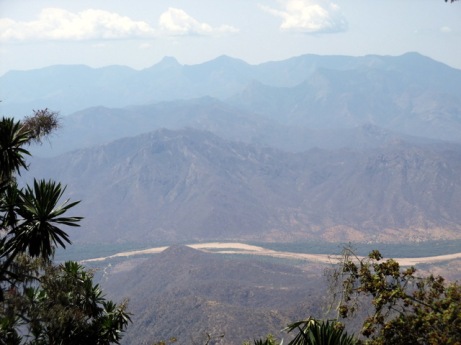 my favorite view on earth!! Looking across the Milgis lugga towards the Ndoto Mountains from Legwe..

Please give us the strength to find the people who started these two fires.. and to stop any more that may be on the cards… this forest is so valuable to  all living creatures who live up in Northern Kenya, and some crazy guy just lights a match or is careless… and 1200 acres burns.. .. Is he NUTS????