Mt Nyiru .. The holy mountain for all maa speaking peoples.. The Samburu, the Maasai and the Njemps… It is the home of the great man who prophesizes whats coming, when the rains are going to be good, and security issues, and much more!  Also the orders, for all maa ceremonies come from there and start there!!

At the beginning of the year we took a walk over this magical gem, and saw from the inside!!.

Mt Nyiru, this very unasuming mountain.. . picture taken from the Suguta.. Nyiru from a distance is a big mountain massive, and different from the two mountains to the south that we know so well..

Compared to the Ndotos and Lenkiyou.. pictured below.. The Ndotos are literally a long ridge from one end to the other, from about 4000 feet up to nearly 9000..

The Ndotos.. Very dramatic extremely steep and wild.. They literally go strait up from about 4000 feet, to 8-9000 to a ridge and when on top you find yourself looking 4000 feet down to the other side!!

Lenkiyou.. is almost rolling hills climbing one by one a little higher to the top.. again around 8500 feet!

Ndonyo Lenkiyou- ‘the dew lap of the cow’.. other wise known as the Matthews range… The Samburu say.. this mountain never lets you down!. That’s why it is called the dewlap!.. this is the north end of the range.

So this year we started our adventurous life with another mountain climb!.. this most amazingly beautiful gem .. ‘Mt Nyiru’.. the brown mountain .. the third in the line of our northern mountains! 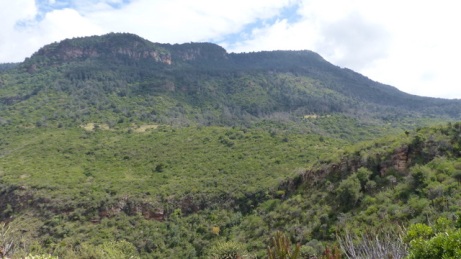 On the first day heading up the south west side..

a beautiful climb with pastures, glades, lovely people and surrounded by flowers 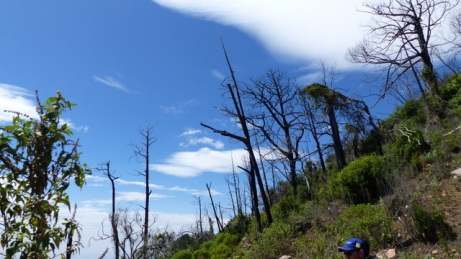 slight concern as we pass through some badly burnt patches.. the guys assure us that it was along time ago.. 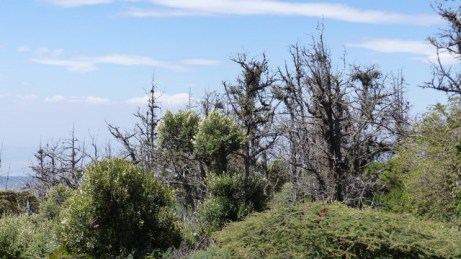 old fires, from 30 or so years ago, but just shows it takes an awfall long time to recover

Then we start seeing and feeling the MAGIC..  Magic beyond imagination.. JUST beautiful!! 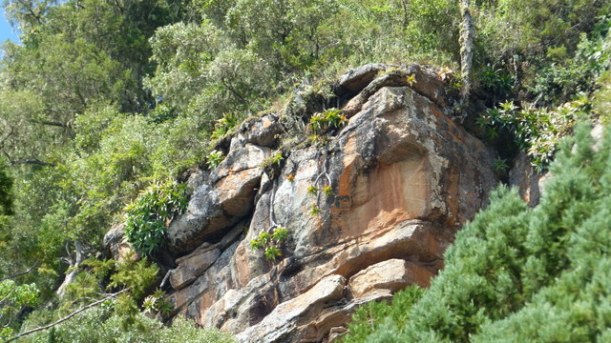 aloes drooping off any cliff around.. some so rare. 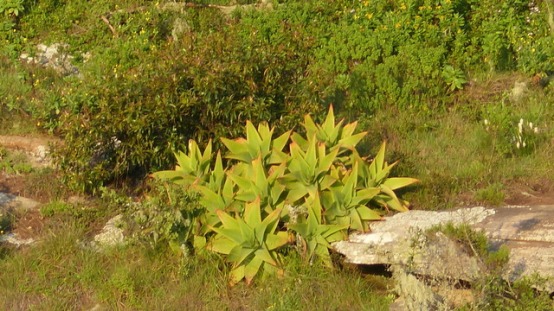 looking back on our route trek up the mountain..

one of our porters turned out to be one of our Milgis ex students.. he was very polite and great fun, Joel.. joined the Milgis student fraternity because he passed all his exams in primary school but his family could not afford to pay his secondary schooling.. nice to see him getting on in life!

this is us enjoying our first camp!.. on huge rocks looking down into the valley south end of the mountain..

Jespat leemosa, the boss, our leader, hes taking me on a holiday!! This great mountain is where he was born.. enjoying a ‘sufaria’ of tea.. in his element on his mountain..

the mood is very good after a long climb.. Burian and Lesoloyia in the forest

uchoooohhh rain on its way?? !! or is this rainbow stopping it!??

just look at these ceders..and all the old mans beard…  just amazing..

the mountain is healthy.. VERY HEALTHY

sunset over the Suguta

our view from our tent 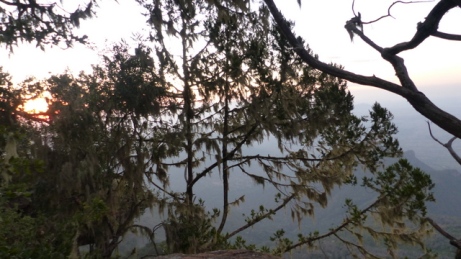 Just look at the light across towards the Ndotos.. Magic..

saying good bye to this view is hard! 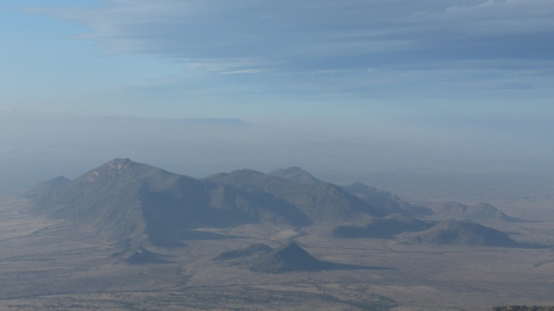 Kowop.. and then in the distance you see the lerogi plateau, lesiolo point sticking its head out of the cloud further south.. possibly the view from that point is the best that you get of the rift valley from Israel all the way down to Malawi

packs on and off we head for the next adventurous day!

Kosi kosi is the peak of Mt Nyiru.. they say all the big streams from the mountain start there.. they say ‘god’ lives there.. as the streams bubble out of the ground you can hear him talking! 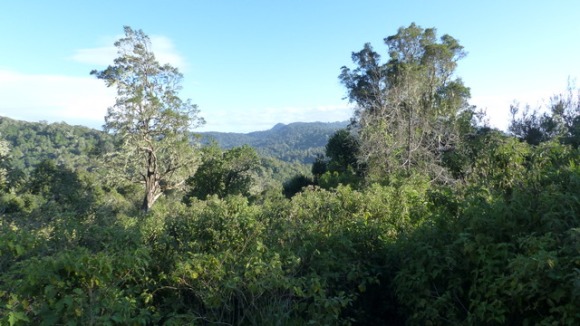 Kosikosi .. in the distance . thats where we are going to sleep!

through the elephant grass 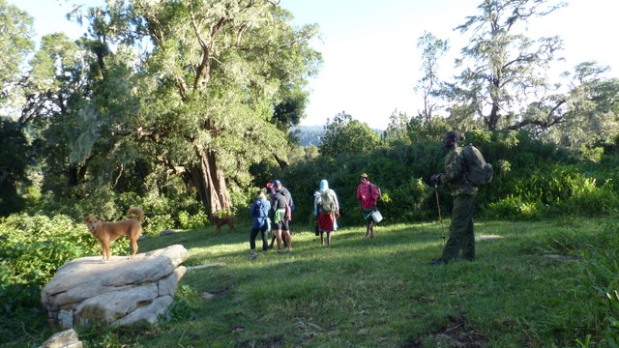 Every 13-15 years a huge bull is lifted into the air by hundreds of the up and coming young warriors,  and stiffeled above their heads,  and lowered only to the ground when there is no more movement.. Its the beginning as I said earlier of all the big circumcision ceremonies through out the maa speaking  lands..

below Burian is excited to see where the bull was slaughtered for his age group!.. 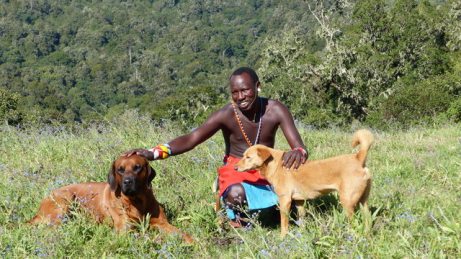 Burian, with Salau and his new friend Uni.. . Burian so happy to be with us on this most ‘holy’ mountain and sit in the very glade the bull would have been slaughtered! 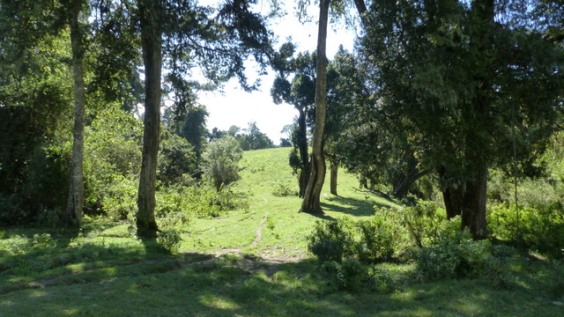 there is something VEEERRRYY special about this mountain!

the last ascent up to kosikosi.. note the bamboo.. only on Nyiru!??

our camp on the top

sourounded by millions of flowers

on the top of the mountain!! kosikosi itself

a sunbird silouweted in the evening light

venus and the moon from the top.. what a magical dawn 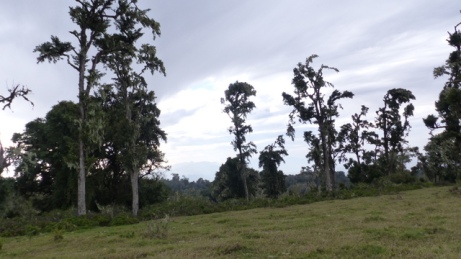 good bye to the Ndotos taken from the top of Nyiru.. if only these great trees could talk! 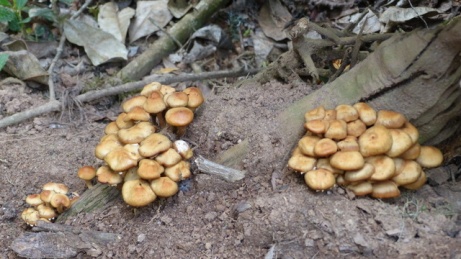 mushrooms of some sort.. not to eat though!

this tree trunk is absolutely enormous

other little beauties like this every where you look!

And we were escorted by 3 hooded vultures every day. They came to check on us.. it seemed.. 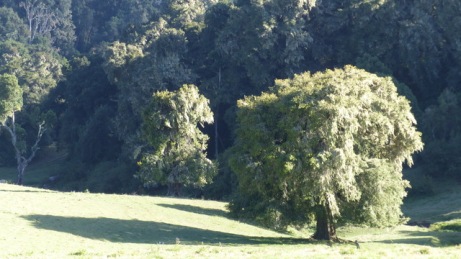 view down the valley from our last camp!

As one heads north the views of the Suguta and Lake Rudolf(Turkana) shape out and its fabulous.. The peace and quiet of the cool mountain compared to the searing heat and wind of the the Rift valley is extraordinary..

As we head out towards the north

looking out towards the Suguta valley and Lake Turkana!

this picture shows so much.. THE INCREDIBLE, PERFECT Nabuyatom cone on the south end of the lake Turkana, the rift valley wall and the forest all in one picture!

and passing out through the northern gate of the mountain

it was a very very special three days .. This mountain is something else!

I’m just going to leave you with a little collection of pictures off our new night camera ( the last 3 were destroyed by Elephants and eaten by hyenas!!).. taken In the keno valley south Ndotos..! 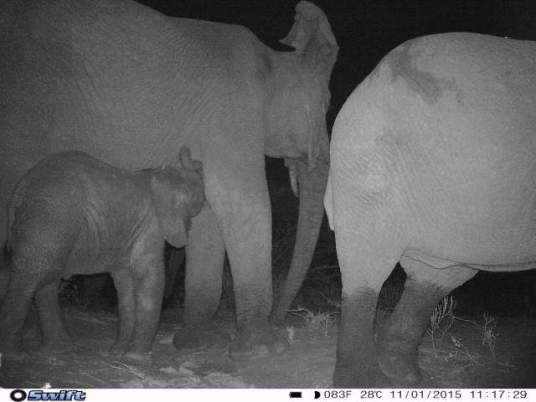 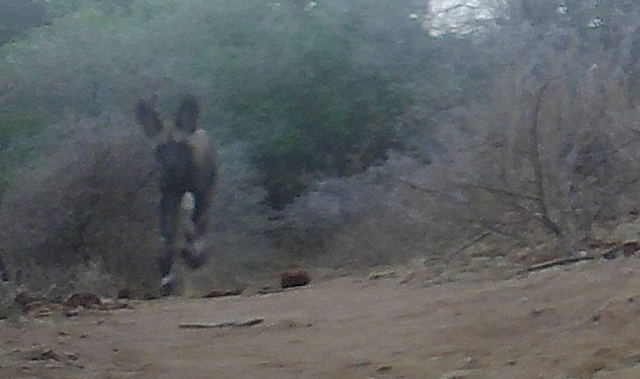 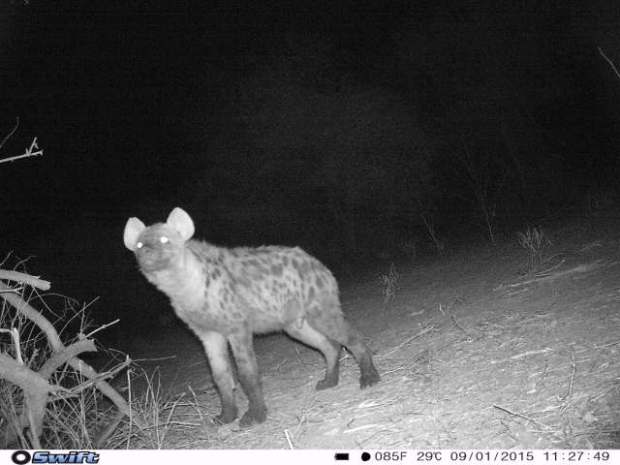 One thought on “Mt Nyiru this most beeeaautiful Mountain..”