I have had many people write to me about the locust ‘invasion’, and mention how terrible it is..  First may I mention,  that Locusts are part of nature so can not be that bad..!? Its the way people are living in this modern world in that we have split the land up into small parcels so if its your day for the locusts you’ve had it.. Again Man feels that locusts should not exist so we spray the whole place with toxic chemicals.. Imagine what thats doing to our earth..  The Nomadic northern tribes are lucky.. If your area is hit by locusts you move on!..

Below is the Milgis Trust managers report for January and an insight into the Samburu’s feeling!!

This is a very unusual sight for the month of January in the desert!

Oh yes I know what you are thinking.. Haven’t we seen enough pictures of grass, but just to remind you how dry it can be in January! 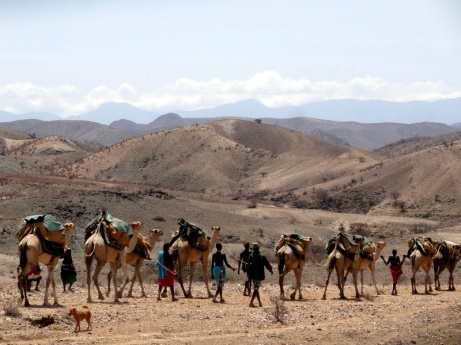 near the Suiyan area .. Dry as a bone

In the last few years this has been what it looked like in the desert!

The year 2020 started with a lot of hope for nomads because for many years the beginning months it has been very very hot and extremely dry.   The communities are optimistic that the start of a new generation will come with good things. All the foreseers in the community including the astronomer in the Nyiro are talking of good things to come. The Samburu believe that this is the start on another cycle of 9 generations. The Samburu life is believed to be in cycles of 9 and this new generation is the start of a new cycle and all the ills and problems of the last cycle are believed not to cross to the next cycle.

Long long grass near Korr.. If you’ve been here you wont believe this sight!!

camels stuffing their faces with grass!!

Our Lkiramats..(Un-uniformed scouts) Praying for no poaching in the new decade 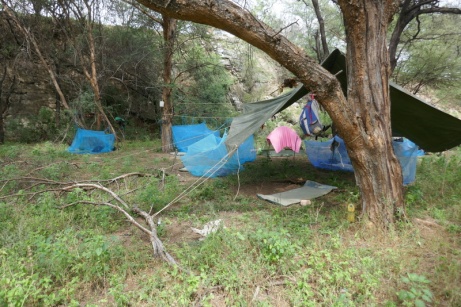 camping rough ! They meet in obscure places and bring info from far and wide..

Though the scouts prayed that this year we lose no elephant, bad luck struck and 5 elephant carcasses were found within the lower Milgis and the east of Ndoto within the month. There was a report that elephants were corned and sprayed with bullets at losai in a place called Lagarama by 3 people believed to be poachers. The community in that area heard the gun fire and made a follow up and they found 3 people who covered their faces in masks and did not want anybody to go near them and ushered every away from them. They were armed and had similar clothes. No elephant died on the spot but 4 carcasses believed to be from that incident were found in Marti dorop, Siagaan, Keno and Sialga above Mekewua were discovered by our scouts and the community. One elephant also died in mpang area and this was out of conflict. All the tusks from these elephants were recovered and given to KWS.

The sad demise of a big elephant.. they were shot at while in a deep canyon and were peppered by bullets from above.. one had 50 bullet holes .. VERY sad.. Slow long death.. 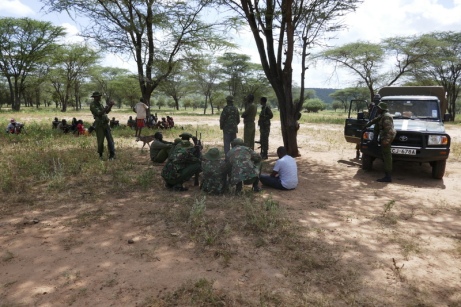 meetings with communities with KWS always present in these bad times..

patroling the area with KWS

In the Keno South Ndotos..

Despite this though.. The elephants are still in the lower Milgis and the Kasipo areas because they love the incredible diversity of plants that the big floods dropped there!. One hardly saw any tracks in the upper Milgis or Seiya. Sererit reports lots of elephants in the mountain and the Lkiramat in the area reported an improvement in community cooperation with him.

Plenty of lions around the lkanto. They now come out in the open every evening and their roaring has become part of the night sounds. One female is believed to have given birth below the lkanto hill as she was seen several times looking pregnant but later looking slim.

In Kasipo the logging has gone down and only one family is still stubborn and the scout and the Lkiramat reported that they are still talking to the family and were optimistic they will win.

As was planned at the end of last year the unit patrols started with Lkees ( desert ) unit. 10 scouts from all the units visited the Lkees unit and made 3 community meetings in Mpang and Kargi and did a 4 days search in the unit areas of Siagaan, Keno, Parkishon and Lauragi. The search was done together with KWS Ngurnit. Each day the scouts and KWS team form 4 groups and each group takes a different direction before they all meeting wherever they plan to. In all the searches there was nothing of interest that was found in the areas. In most places there was incredibly thick bush and plenty of grass.( after the good rains)

The team visited our scout in Kargi who had lost his father to console him and give him strength to move on with his work. We met with he community and they were happy to see us back in the area. 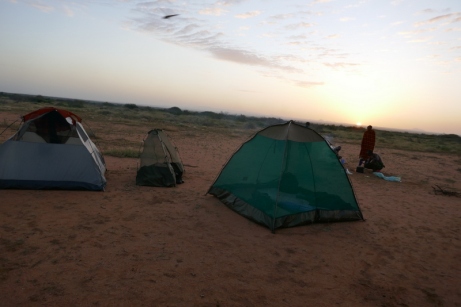 team camp in the desert! 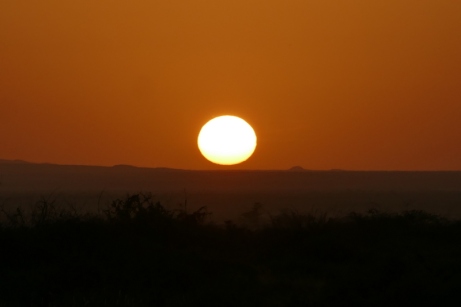 loltepes ( acacia tortilis) growing every where in Kargi..

trees growing in the desert 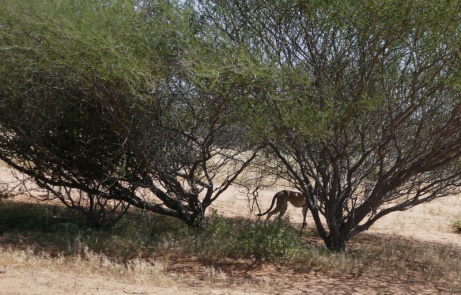 The cheetah are doing well! 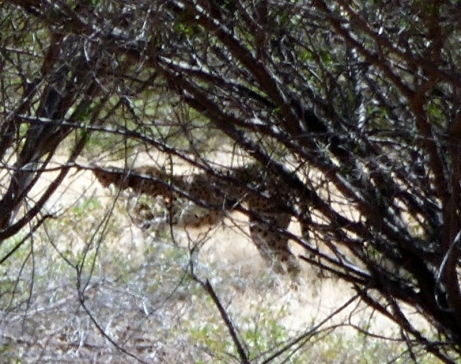 Cheetah in the desert

During the patrol we encountered millions of locust near Ngurnit, they did not eat much in the area but were just on the move. When we went to the desert we saw places west of Kargi all the way to Olturot had been eaten up and the entire area was red after the locust had eaten all the leaves from trees. 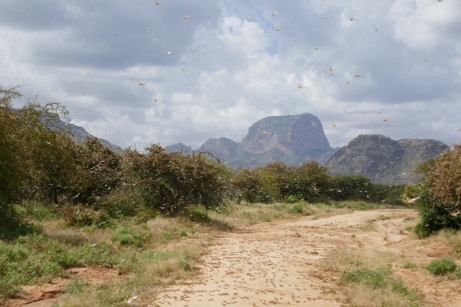 locust every where walking across the road, in the trees, in the air! 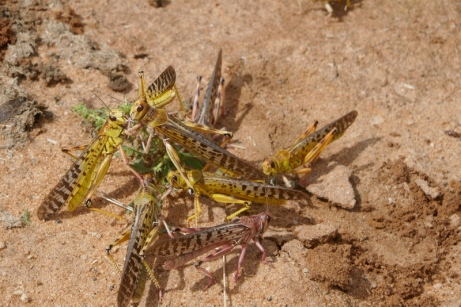 no chance for this bush..

According to the Samburu the communing of locust though looked at by others as a disaster, is a sign of good things to come. They say the last time the locust came to this area was in 1930s and after their coming there was good times for four generations. So to us the Locust had to come and will again come in another cycle and not considered a threat in any way.

2 thoughts on “The locust issue!! and the Managers report for the month of January 2020”